By Corey Evatt, the  Chattavegan
My Running Background

Prior to spring 2013 I never ran more than the mile run required in middle school. Despite being a pudgy kid, I admired runners and tried out for the track team when I was twelve. I struggled immensely having no prior athletic endeavors. Within the first couple of weeks, I developed Osgood-Schlatter disease and had to quit due to knee pain. I secretly enjoyed the excuse, because it meant I could give up and sit on the sidelines as the team manager. I could still participate in the team activities, but I didn’t have to do any hard work. That was my mindset for the next 15 years, get by with as little effort as possible. I did not join any other athletic teams, and I most certainly didn’t run.

Back to That Alpaca

The title may be a bit of hyperbole, but meeting this majestic alpaca and his friends at the DC zoo in 2009 did actually have a profound impact on me. More specifically, a cow named Tulip was the most remarkable friend I made that day. She was extremely smart, navigating her way through the gates when she saw food coming and kids at the barn to pet her. Despite being a breed of dairy cow, there was a placard that said she’d never been milked. I’d always heard growing up that cows “needed” be milked and had no reason to question that, so even as a 24yr old I held that belief. But the placard went on to explain that just like any other mammal, cows only produce milk after a pregnancy. Seems obvious now but that hit me hard, thinking of all the pregnancies that had to occur for all the gallons of milk, pieces of pizza, and slices of cake that I alone must have consumed. But as I’d done several times before and would do several times again, I didn’t allow that epiphany to actually change my daily life. There’s a 99% chance I ate a burger and drank milkshake that same night.

To go back even further, I’ve always considered myself a huge animal lover ever since I was a kid. I have vivid memories of multiple (one-sided) conversations I’d have with stray dogs our family would take in from time to time. When asked what I wanted to be when I grew up, the go-to answer was often veterinarian. My dogs were always my best friends, and that’s why eventually in 2010 I began volunteering at the Humane Educational Society. I had an amazing time meeting so many loving dogs, but of course, it was equally heartbreaking to know that after each interaction those dogs spent their nights alone in their holding area. Through that repeated experience I ultimately made the connection that my burger, taco, nugget, and bacon all endured that same despair. In fact, their suffering was exponentially worse and on a scale thousands of times greater than all of the domestic animal shelters. I’d allowed myself to be exposed to far too much information now. There was no turning back. I became a vegetarian.

Being vegetarian was actually surprisingly easy. While you aren’t going to find a veggie burger at McDonald’s, any decent restaurant will have a variety of meat-free meals. And as I began to avoid the McDonalds and the Hardees and the usual fast “food” joints, I noticed an unintended consequence of veggie life. The weight began to drop off considerably. I wasn’t exercising or counting calories, I was eating bean burritos, cheese pizza, and veggie fajitas. I was still a lazy guy, just a slightly smaller lazy guy. So I thought, “If I can lose this much weight with no effort whatsoever, what happens if I actually try?” I started counting calories using MyFitnessPal and ultimately lost my first 50lbs. Keep in mind I still wasn’t exercising and had never run longer than a mile in my life.

Thankfully it was after my initial weight loss that I reconnected with my now-wife Channon, otherwise, this would be a totally different story. She endured my vegetarianism at first, then embraced it, then together in May 2013 we decided we’d both give veganism a try. It seemed like such daunting task, so I intensely researched recipes, nutrition concerns, websites, books, etc. And as easy as it was to become vegetarian, going vegan was (at first) extremely difficult. No matter how hard we’d try there always seemed to be some weird animal product hidden in everything fun. Marshmallows? Nope, gelatin from fish or mammal remains. Nerds? Nope, their red coloring is harvested from bugs (what!?). Oreos? Yup… OH THANK GOODNESS! The biggest personal benefit of going vegan was I actually had to care what was in my food. I was soon reading ingredient lists at a 12th-grade level. I could spot the word “honey” in a granola bar a mile away. I actually knew what xanthan gum was. And as I ate more consciously, I felt like a completely different person. I had so much energy that I literally Googled “vegan energy” to find something to do with myself. It was here that I first learned about Rich Roll.

At age 40, Rich was 50lbs overweight and found himself struggling to make it up a flight of stairs. Desperate for a change, he switched to a plant-based (vegan) diet, and within two years he was a top finisher in his first Ultraman (a 3-day / 320-mile double-ironman distance triathlon). He did all of this despite having never previously completed even a half-ironman distance triathlon. I read his book, I listened to his podcast, and I started to run. The more I exposed myself to these worlds, the more committed I became. I learned about Scott Jurek, the vegan ultramarathoner who is considered by most to be one of the greatest distance runners of all time, winning among several other races the Western States 100 miler 7 years in a row. I learned about proper nutrition via NutritionFacts.org, and how despite popular marketing: protein deficiency is nearly impossible to develop, vegans live on average 9yrs longer than omnivores, and milk absolutely does NOT do a body good.

Additionally, I learned that if I kept running, I could go farther and farther every time. At the end of 2013 I’d run 404mi, and at the end of 2014, I’d run 1,054mi. And since the majority of my runs are on trails, in that first year and a half I climbed over 125,000ft (Everest x 4). Remember, this is coming from a guy whose only previous athletic experience was the 7th-grade track team manager. I ran my first ultra in 2015 conquering the Mountain Mist 50K, and have gone on to run several races including the Chattanooga Stage Race, Lookout Mountain 50 Miler, and the painful Georgia Death Race. I almost forgot to mention the best part… Recovery times on a plant-based diet are remarkable. I’m currently on a 300+ day run streak and had little trouble getting my 2 mile run in the day after 72 miles of GDR.

If you’ve made it this far in the post there’s a chance you’re at least remotely interested in trying to be a plant-powered runner. So to those still here, let me say this… Now 4 years vegan, I can without a doubt say that this is by far the best and most life-altering decision I have ever made (marriage excluded of course). Not only has my mental and physical health improved exponentially, but my conscience is clear now that I’m no longer contributing to animal agriculture. If you are looking to make a positive change for yourself, for those in need, and for the planet, going veg is the easiest and most efficient way do something great while causing a significant disturbance in the status quo. Here are a few links to check out if you want to incorporate more plants into your diet and improve your running: NoMeatAthlete (resources), ThriveForward (nutrition planning), Lighter (meal planning), Cowspiracy (documentary).

I’ve also recently started a site called chattavegan where amongst other things, I highlight restaurants in the Chattanooga area offering veg options. Please feel free to reach out to me at any time through that site or social media with whatever questions you may have, as I would love to help others experience the same joy I’ve found by transitioning to veganism and ultra running. 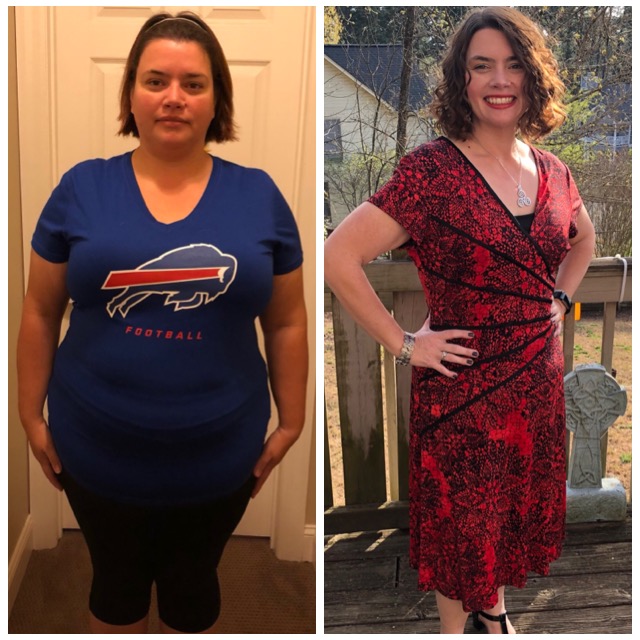 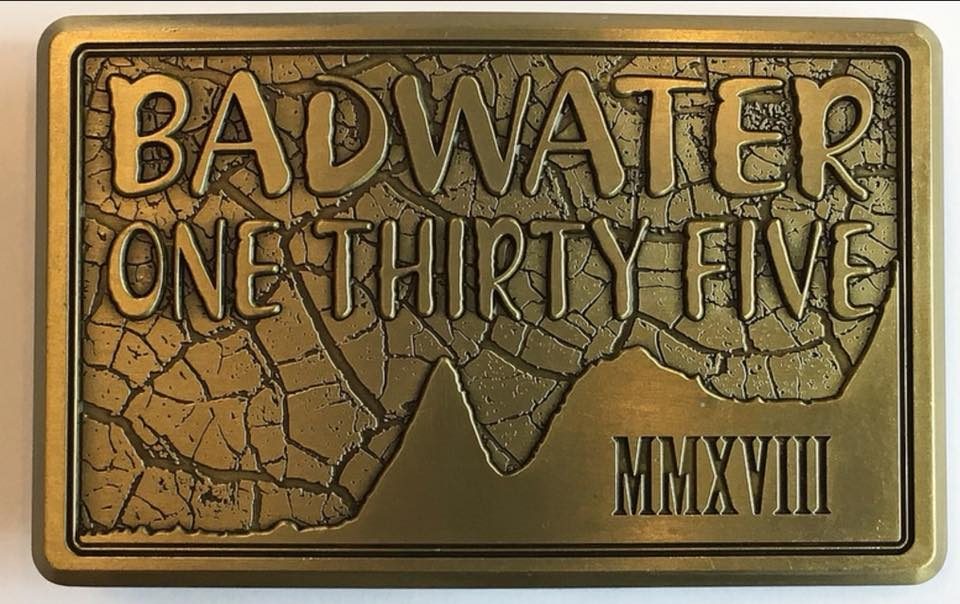 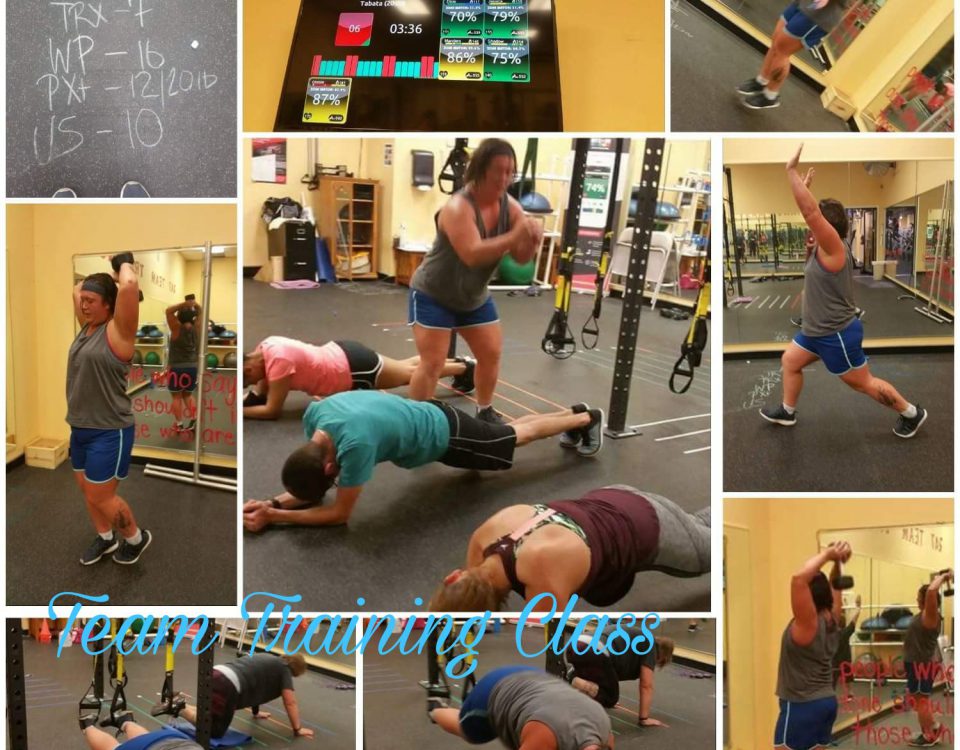